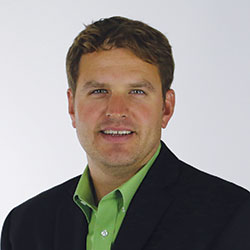 Josh Dahl was born and raised in Louisville, Ky. in the Camp Taylor neighborhood. He graduated from Louisville Male High School in 1999 and went on to complete an undergraduate degree in geology at the University of Kentucky, in addition to a master’s degree in safety, security, and emergency management at Eastern Kentucky University. Josh attained his Certified Safety Professional (CSP) designation in 2017.

Prior to joining SECURA, Josh spent five years at Eastern Kentucky University OSHA Training Institute. There, he coordinated safety trainings for civilian and military personnel on a global scale, and developed systems and partnerships to expand the institute’s mission to improve worker safety.

He currently lives in Richmond, Ky. with his wife Kristen, his two children, Josiah and Noah, and the family dogs and cat, Cupcake, Butterscotch, Smudges, Midnight, and Cloud. Josh enjoys being involved in his community through church and local charities, and also enjoys hiking with his family and roughhousing with his two rambunctious boys.