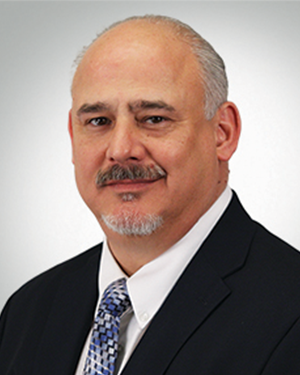 Dominick Mongarella is SECURA’s Risk Management Director and is the main point of contact for Pennsylvania.
Dom is originally from Yonkers, N.Y. and has been in the safety business since 1990. Leaving high school, he spent 21 years in the U.S. Air Force, finishing his career as the Director of the Air Force Safety School. After the Service, he entered the insurance industry and worked for Willis as a Senior Loss Prevention Consultant until 2009. Dom then took a break from the insurance world to be the Safety Director for the City of Jeffersonville, Ind. He joined SECURA in 2011 and was promoted to Director–Risk Management in January 2015. Dom has AAS degrees through the Community College of the Air Force in audiovisual production, instructor of military science, and safety. He has completed numerous training courses and holds several certifications, including Certified Safety & Health Manager and Certified Workers’ Compensation Counselor.
Dom loves to cook in his free time and was featured in the Louisville Courier Journal’s cooking section in January 2012. He currently resides in Jeffersonville with his wife, Dawn. They have three children: Joe, Nick, and Natalie.