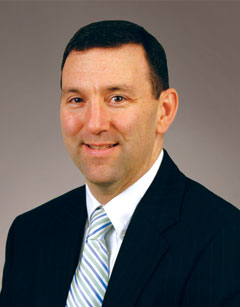 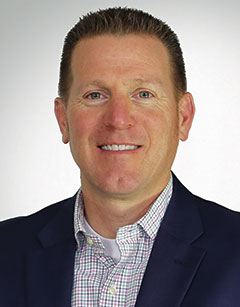 “Both Marty and Garth represent the best in leadership, vision, and expertise,” said Dave Gross, SECURA President & CEO. “They are strategic thinkers and strong collaborators, and care about diversity of thought to encourage engagement and inspiration of others. Their years of experience and expanded roles within the company earned them this well-deserved recognition.”

Marty Arnold joined SECURA in 2000 as Chief Actuary and added the role of reinsurance buyer in 2003. He was promoted to Vice President & Chief Actuary in 2005 and assumed direction for Research & Development in 2007. In September 2013, he was appointed Senior Vice President–Underwriting, directing the company’s Commercial, Personal, Farm-Ag, and Specialty underwriting divisions, as well as Reinsurance and Risk Management. As SVP and Chief Underwriting Officer, Marty assumes these same responsibilities. Prior to SECURA, he worked for the St. Paul Companies, where he was Director of Corporate Planning and Development and served in a variety of actuarial roles.

He received a B.B.A. in actuarial science, and risk management and insurance from the University of Wisconsin–Madison. He holds the FCAS (Fellow of the Casualty Actuarial Society), CERA (Chartered Enterprise Risk Analyst), and Associate in Reinsurance (ARe) designations. He served on the board of directors for Big Brothers/Big Sisters, Bubolz Nature Preserve, and the Wisconsin Injured Patients and Families Compensation Fund.

Garth Wicinsky joined SECURA’s Human Resources division in 1996 and was promoted to Vice President–Human Resources in 2002, responsible for talent management, compensation and benefits, learning and development, facilities, purchasing, and distribution. With his promotion to SVP and Chief Administrative Officer, in addition to his HR leadership function, he oversees Marketing, Research & Development, and Agency Training.

SECURA Insurance is headquartered in Appleton, Wis. More than 475 independent insurance agencies in 12 states represent the company, which provides a broad range of competitive commercial, personal, farm, nonprofit, and special events products. It is known for providing exceptional service to its agents and policyholders since 1900, and is rated A (Excellent) by A.M. Best for its excellent ability to meet policyholder obligations. The carrier also is a Ward’s Top 50 company for outstanding results in financial performance and consistency over a five-year period. Visit www.secura.net to learn more.