Appleton, Wis. (May 1, 2018) – Upon recommendation of the company’s Board of Directors, SECURA Insurance welcomed three new Board members: Alice Gannon, Mark Behrens, and Tim Bergstrom. The Board members were voted in by the membership at the Annual Policyholders Meeting of SECURA on April 30, 2018. SECURA also recognized the retirement of two long-time Board representatives: Jerome Smith and Dave Thomas.

“The transitioning of Board members is an important part of any company,” said Dave Gross, President & CEO. “I’d first like to thank Jerry and Dave for their years of service. They’ve profoundly influenced our company and thriving culture. Second, I’m very excited to welcome Alice, Mark, and Tim to the Board of Directors, and I look forward to working with them and learning from their areas of expertise and experience.”

SECURA is a mutual insurance company represented by more than 475 independent agencies in 12 states. In 2017, SECURA exceeded $600 million in direct written premium for the first time while maintaining an A (Excellent) rating by A.M. Best, recognition as one of Ward’s 50® top performing property-casualty insurance companies, and its Great Place to Work certification.

“As a mutual company, our motivation is serving our policyholders along with our independent agency partners,” said Gross. “It takes a special kind of Board member to embrace the concept of mutuality, along with the demands of the rapidly evolving property-casualty insurance industry. We are very happy to add three additional Board members who share our values, embrace the mutual operating model, and believe our independent agents are vital to our continued success.”

For a complete list of SECURA’s Board of Directors, visit www.secura.net. 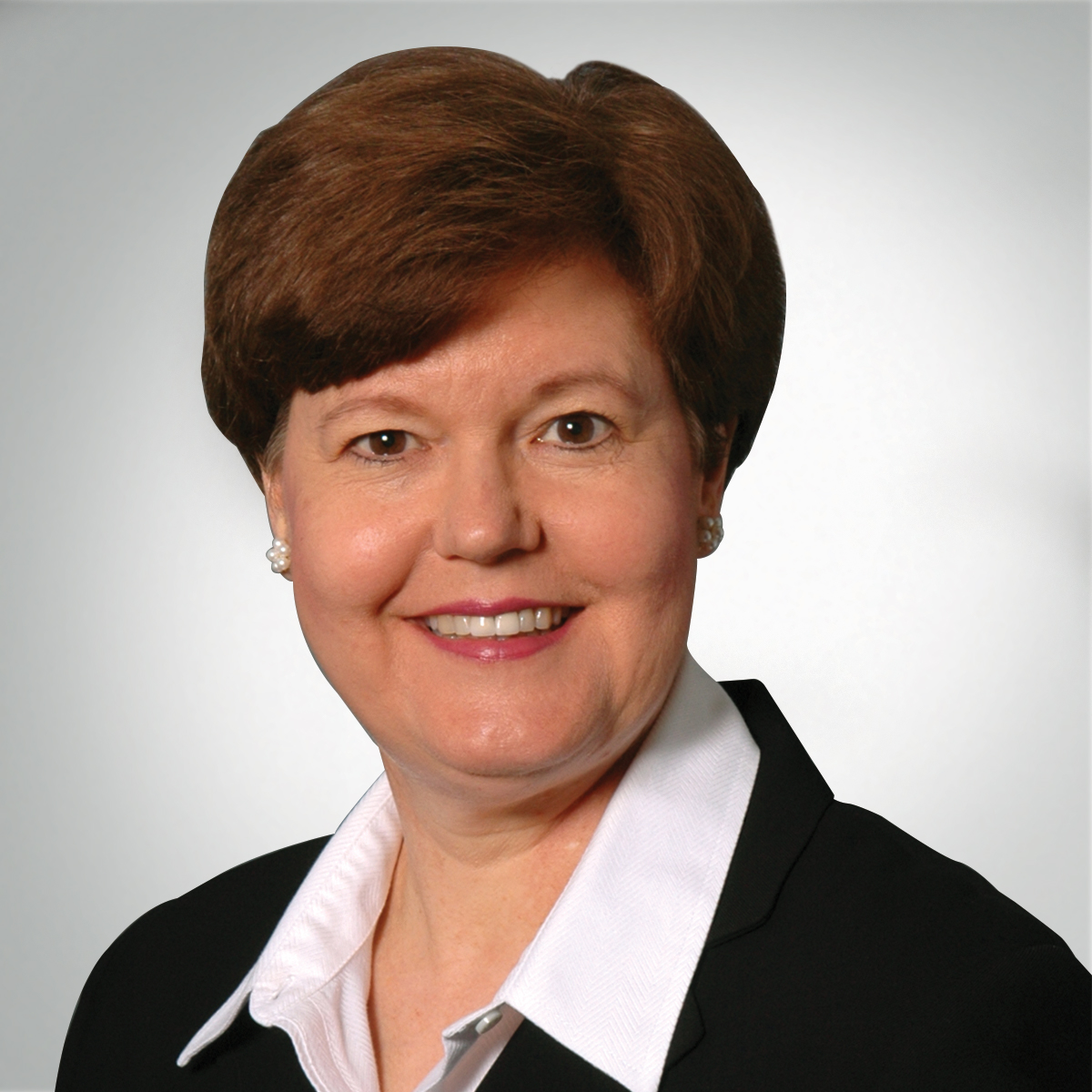 Alice Gannon brings more than 40 years of insurance experience to her new role, having most recently served as the senior vice president and chief actuary of USAA (United Services Automobile Association). USAA is a Fortune 200 company providing insurance, banking, investment management, and financial planning services to the U.S. Military and their families.

A lifelong Texan, Gannon earned a bachelor’s degree in mathematics and economics from Trinity University in San Antonio, Texas. She is a Fellow of the Casualty Actuarial Society (FCAS) and a Chartered Property & Casualty Underwriter (CPCU).

Mark Behrens will bring the perspective of a former independent agent to the SECURA Board, in addition to his financial acumen and leadership skills. Behrens currently serves as the executive vice president and CFO of Johnson Financial Group. He started his career as a staff auditor in 1985 and has advanced through different roles in Johnson Bank and Johnson Financial Group.

Behrens became COO of Johnson Insurance Services, one of SECURA’s appointed independent agencies, in 2006. He was later promoted to president, a position he held from 2011-2016. Johnson Bank and Johnson Insurance are a part of Johnson Financial Group, a privately held, full-service financial services company based in Racine, Wis. with ties to the SC Johnson family.

Behrens is a member of the RAMAC Board of Directors, the WICPA, and the Yorkville Elementary School Citizen Advisory Board. He’s also active on the Racine Chamber of Commerce Board and his local chapter of United Way.

Behrens holds a bachelor’s degree in accounting from the University of Wisconsin – Whitewater and a master’s degree in business administration from Marquette University. He also is a Certified Public Accountant. 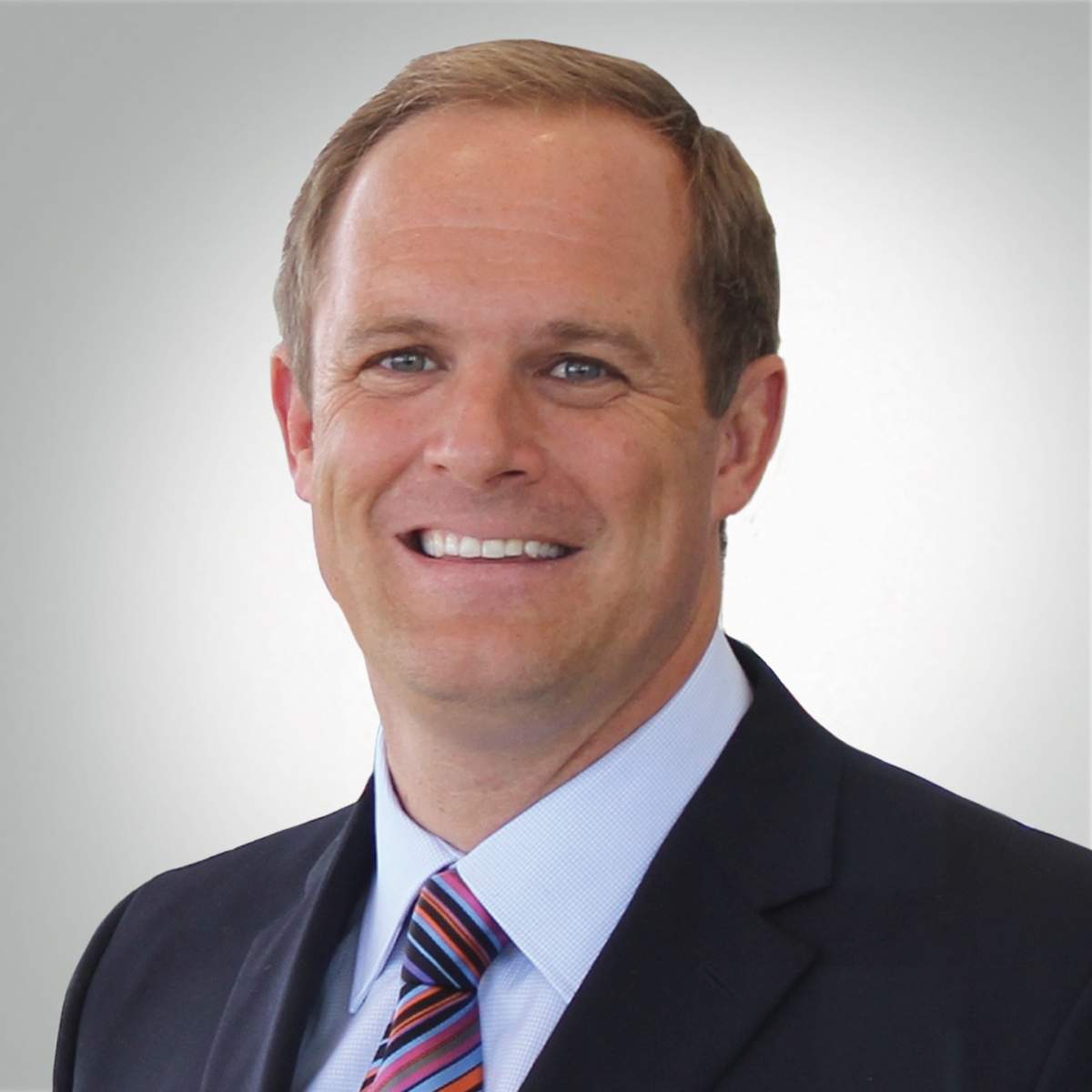 Tim Bergstrom is the president and COO of Bergstrom Automotive, one of the Top 50 largest automotive groups in the United States. Current annual sales exceed $1 billion and the company is the only dealership to represent all major brands sold in the U.S.

Bergstrom is responsible for day-to-day oversight of operations at all 32 locations and more than 1,600 team members. Bergstrom Automotive was recognized as one of the “Top 5 Automotive Companies to Work For” in the country in 2015 and 2016. Under his guidance, the company has taken a leadership role in driving culture and guest experience to the forefront of the automotive sector.

Bergstrom graduated from Marquette University School of Business. He has completed the National Automotive Dealers Association (NADA) Dealer Leadership Program. He is a Board member of the National Dealer Council for Lexus USA and Presidential Appointee of BMW North America Dealer Board.

Bergstrom also is very active in the local community, volunteering in support of United Way, Habitat for Humanity, the Boys and Girls Club of the Fox Valley, and the Fox Cities Performing Arts Center. He serves as a Board member of Marquette University, ThedaCare Hospital System, and the ThedaCare Regional Medical Center Neenah Foundation. 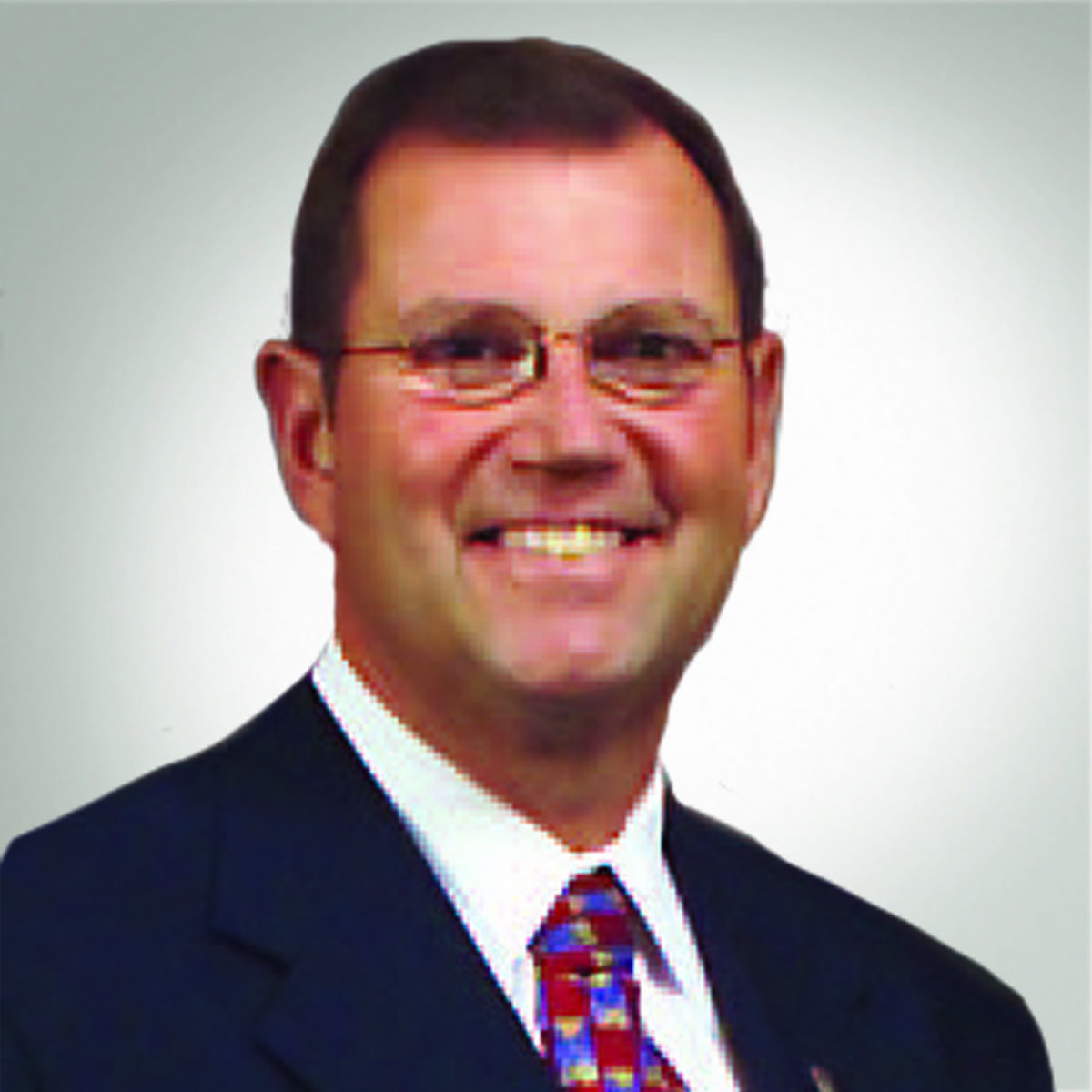 Jerry Smith is a career banker, starting as a loan officer with First National Bank of Appleton (now CHASE) and later founding First Business Financial Services, which is now a $2 billion publicly traded company. Smith became a Board member of SECURAL, a subsidiary of SECURA, in 1986. Later, he joined the Board of Directors of SECURA Insurance, serving for three decades. He most recently held positions on the Board’s executive and investment committees. 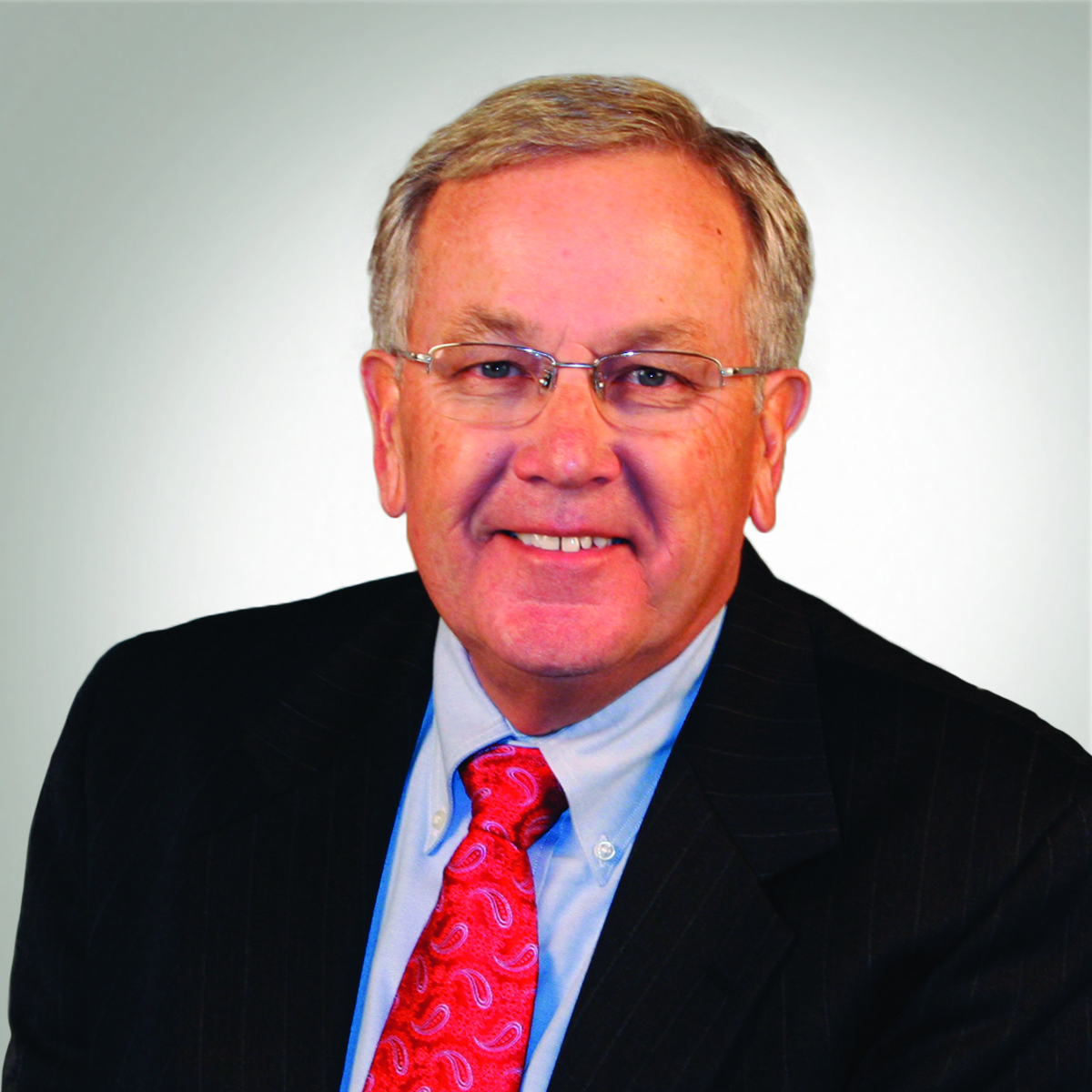 In 1976, Dave Thomas purchased an independent insurance agency in Sister Bay. After developing an independent agency relationship with SECURA, he joined the Board of Directors in 1989. Thomas sold his business in 2006, but continues to operate a “boutique” financial planning office next door to his former agency, known today as David/Pfeifer Insurance Agency. Thomas most recently served on the Board as vice chairman and a member of the executive committee.

About SECURA
SECURA Insurance is headquartered in Appleton, Wis. More than 475 independent insurance agencies in 12 states represent the company, which provides a broad range of competitive commercial, personal, farm, nonprofit, and special events products. It is known for providing exceptional service to its agents and policyholders since 1900, and is rated A (Excellent) by A.M. Best for its excellent ability to meet policyholder obligations. The carrier also is a Ward’s Top 50 company for outstanding results in financial performance and consistency over a five-year period, and is recognized as a Great Place to Work®. Visit www.secura.net to learn more.