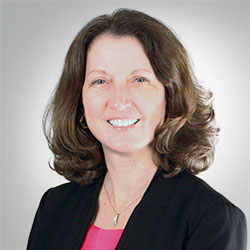 Dina Scott is a general engineering graduate of the University of Illinois, and has been active in the safety and insurance industry for nearly three decades. Her loss control career began in the Chicagoland area when she was hired by Northbrook Property & Casualty, a subsidiary of Allstate Insurance. She also gained experience as a desk and field underwriter for Allstate’s Midwest Regional Commercial Center.

Wanting to be closer to home, the Carlyle, Ill. native accepted a St. Louis-area loss control position with Royal Insurance in 1995. Dina remained with Royal through its merger with SunAlliance. But, when Royal & SunAlliance Insurance decided to leave the U.S. commercial business in late 2003, she sought new opportunities. A producer from a local insurance agency suggested she explore an opening with SECURA, and the rest is history.

Dina joined SECURA in February 2004 and continues to work out of her home office in O’Fallon, Ill., providing multiline risk management services to accounts in eastern Missouri and southern Illinois. Dina has been a Certified Safety Professional since 2003.

She and her husband, Jeff, married in 1985 and have two children, Emma and Michael. Dina and Jeff enjoy Cardinals baseball and Blues hockey.