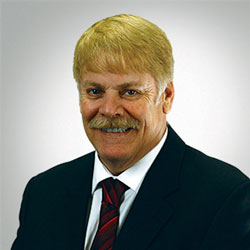 Dan Dudley has been a cheese head all his life, and has lived and worked in his hometown of Fond du Lac, Wis. for his entire safety career. Dan has more than 25 years of experience in the safety field. He began his career as a property and casualty loss control trainee with Aetna Insurance. During his eight years with the company, he excelled to become a senior consultant.

He went on to work for General Casualty for two years, after which he joined a startup business called AMCOMP as a senior loss control consultant for a mono-line work comp carrier. During his 13 years there, Dan and his underwriter grew the business from a half-million dollars to $35 million. He also worked for another mono-line work comp carrier for two years before joining SECURA in November 2013.

Dan has an associate’s degree in fire protection and a bachelor’s degree in management systems with a special emphasis in industrial safety from the Milwaukee School of Engineering. Dan is a member of ASSE and the NSC.

He and his high school sweetheart have been together for more than 43 years and have two beautiful daughters, Katie and Cortney. The couple enjoys being new grandparents. Dan claims to be the best grouse hunter in the world and loves to golf with his wife whenever he can.